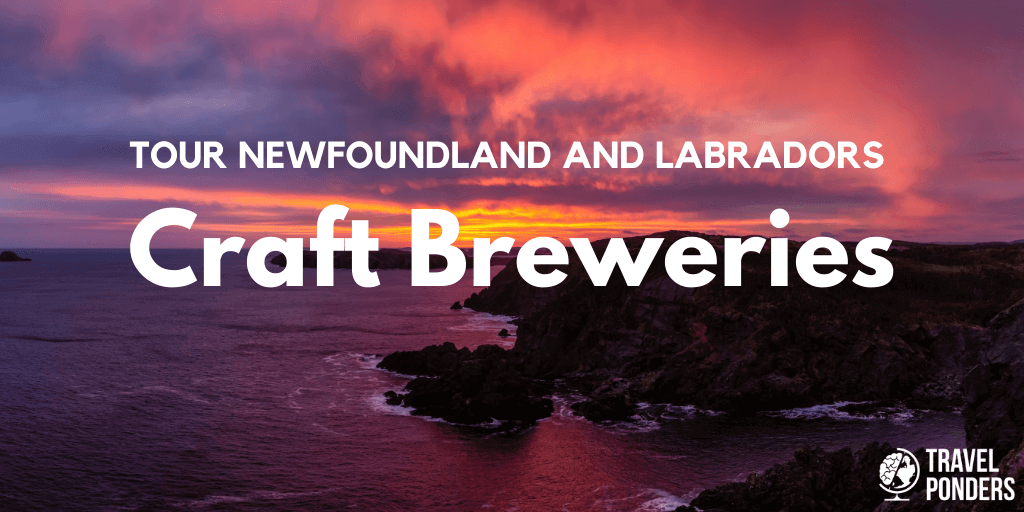 During the past several years, breweries have taken a leap within the province of Newfoundland & Labrador. Lately, it seems they’re popping up everywhere with no signs of slowing down. If you’re visiting Newfoundland and want to explore the traditional tourist sights while also checking out the local Newfoundland craft beer scene, this guide is for you!

Here’s your road trip across the province with all the important sights (and Newfoundland and Labrador Craft breweries) along the way!

Wake up early to see the sunrise before anyone else in Canada. Hop in the car and drive to the most easterly point in North America, Cape Spear. When looking out across the vast ocean, know there’s nothing but waves between you and Ireland. While you’re there, take a look inside the Cape Spear Lighthouse, which is furnished as it would have been over 100 years ago.

Enjoy a hearty lunch and a couple of locally brewed beers at Newfoundland’s oldest brewery, Yellowbelly Brewery. The restaurant and brewery lives within a historic downtown building built in 1725, and is one of the oldest structures in North America.

Enjoy the view from the historic lookout point, Signal Hill, the site of St. John’s harbour defences from the 17th century until the end of WW2. Signal Hill was given its name due to being the location of the world’s first transatlantic wireless signal in 1901.

After you’ve taken in the views from above, take a stroll through Jelly Bean Row, the iconic colourful townhouses in the streets of downtown St. John’s.

Enjoy a bite to eat and a couple more drinks at the newly opened Bannerman Brewing Co. Located in the heart of downtown inside a refurbished fire station, take a seat at one of their communal tables and order one of their 6 beers on tap. If beer isn’t quite your thing, don’t worry, they brew excellent coffee as well.

If you’re visiting St. John’s, you’ve got to see Quidi Vidi Lake and its harbour, locally called “The Gut”. The Lake has a long history of hosting the annual Royal St. John’s Regatta (if you’re lucky, time your trip with the Regatta which falls on the first Wednesday of August every year). The Gut is home to dozens of crooked, colourful, tiny homes that are perched on stages around the water.

Nestled within The Gut is Quidi Vidi Brewing Co., one of the most popular and successful breweries in Newfoundland. The brewery is known for its Iceberg Beer which is made from the pure water of icebergs that float past our province every year. They normally have a wide range of beers on tap, so you’ll never be short for selection here.

Enjoy an afternoon picnic in St. John’s urban greenery, Bowring Park. Take some time to walk the trails, feed the ducks, and even visit a butterfly sanctuary. Bowring Park is also home to several historic statues, notably the Caribou statue, which is a replica of the monument at the Beaumont-Hamel Newfoundland Memorial Park in France.

Settle in for the evening at Landwash Brewery in Mount Pearl. If it’s a weekend night, we recommend arriving early, as the brewery tends to fill up quickly! Landwash is currently offering 9 different beers on tap, and also serves cider (Newfoundland Cider Co.) and kombucha (St. John’s Fermentary) for those who might want something different. Landwash is unique in the fact that there’s a gourmet food truck, Saucy Mouth Food Truck, parked inside the brewery! That’s right, walk down the hall, order your food, and enjoy a real Newfoundland brewery experience.

Enjoy the scenic drive across the Avalon Peninsula and through the Eastern Region of Newfoundland as you head towards the Skerwink Trail near Port Rexton. This trail offers both seaside and forest environments for the hiker which includes ancient sedimentary rocks, sea stacks, sea caves, caplin beaches, birds, whales, and more. It’s the perfect hike for all skill levels and ages, taking around 2-3 hours if you stop for views and photos.

Reward yourself once you’ve completed your hike around Skerwink Trail by settling in for lunch and some craft beer at Port Rexton Brewery. You might want to enjoy one of their newest beers fittingly called ‘Skerwink Haze’. To eat, we would highly recommend grabbing a gourmet grilled cheese (yes, you read that right) at the food truck parked beside the brewery called ‘Oh My Cheeses’. It appears craft beer and grilled cheese are the perfect pair, who knew!

To top off the day, journey your way towards the colourful town of Bonavista. This community has been working hard at refurbishing and repurposing historic buildings and turning them into beautiful, colourful community assets, such as the Garrick Theater. If you’re lucky, we recommend you take the opportunity to catch a live show or play.

We already have a full blog post on things to do in Terra Nova National Park, but of those, we would recommend hiking the Ochre Hill Trail. The trail offers two alternatives for inexperienced and experienced hikers. It also offers incredible views of Bread Cove and Clode Sound.

A half-hour drive from the park’s entrance within the town of Clarenville lies Newfoundland Cider Company. To shake things up a bit and refresh your taste buds, enjoy an afternoon filled with crisp locally brewed ciders. They also serve delicious artisan wood-fired pizzas prepared by Cabin Six. Your taste buds won’t be left wanting if you visit their tasting room.

Fogo Island offers more than we can mention. Several highlights include taking the ferry ride to the island, visiting local heritage buildings, venturing through the tiny fishing communities, having a bite to eat, appreciating the local arts, and of course, visiting the infamous Fogo Island Inn.

Once you’ve spent the morning and afternoon exploring Fogo Island, take a scenic drive through Twillingate to visit Split Rock Brewing Co. and Stage Head Pub. Split Rock is currently brewing 6 different beers and will soon be introducing a delicious food menu. Keep your eyes peeled for it here!

When visiting Newfoundland, Gros Morne National Park, a UNESCO World Heritage Site, is a must. We’ve already written a full blog post on Things to Do in Gros Morne, but of these suggestions, we would highly recommend taking a Gros Morne Adventures Kayak Tour. Explore Bonne Bay, a sea kayaker’s paradise with its pristine waters, quaint coastal villages and spectacular views of the Tablelands, Gros Morne Mountain and the Long Range Mountains.

Only a 25-minute drive from Gros Morne National Park is our final Brewery, Crooked Feeder Brewing Co. Although their taproom is still under construction (but expected to be opened by Summer 2019), Crooked Feeder is still filling up growlers with their vast amount of craft beers including IPA, Pale Ale, Pale Wheat, Cream Ale, Stout, Blonde, Wit, Bitter, and Red beers!

There you have it! Your six-day sights and craft beer tour of Newfoundland. We hope you’re able to visit some, if not all, of these locations during your trip! If you’ve already visited some of these locations, let us know your thoughts in the comments below (and recommend some beers to try)!

Share Your Travel Ponders with us on Social Media

Want to share your travel post with us? Tag us or send us a Direct Message on the following platforms so we can share it with our community.

Join the conversation and tag us with the hashtag #travelponders

Want to Write for Us?

Travel fiend with a passion for writing?  Have something interesting or unusual to tell us about destinations We want to hear from you!  – Become a Contributor

If there’s anything we have missed, please leave it in the comments or send us a message and we’ll get it added to the post. 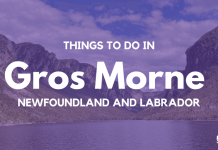 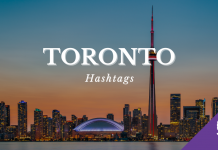 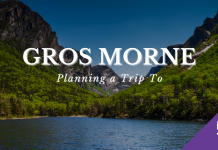 Most Popular Private Accommodations in Dubai

The travel warrior’s nutrition guide: 5 easy steps to be healthy on the go

4 Secret Adventure Destinations In Mumbai You Didn’t Know About